Is Prithviraj on his way down?

Home/As I see it, Movies/Is Prithviraj on his way down?
Previous Next

Is Prithviraj on his way down?

The title is controversial, I agree. You would say he never was on the top, to be sailing down. Or you could say, there is no question of him coming down soon – he is safe at the top.

They say viewers, and opinions, make or break a star. Fret not, I am not his well-wisher or a fan. Nor am I a hater. However, I don’t think I have given so much thought to any other actor in Malayalam cinema, nay, in any kind of cinema. That itself is worth noting. When we watch a movie, it is not the actor that we think of. If the acting is good, we don’t notice the man or woman who plays the role. It is the character that captivates us, and stays in our mind. The actor comes afterwards.

There is no denying that Prithviraj has talent. These days it is tough to spot, but it exists nonetheless.

When I watched Nandanam way back when it was released, I knew him as ‘Actor Sukumaran’s son.’ Though the role did not offer much versatility to the debutant, there were a couple of scenes where the subtle emotion that crossed his eyes made me think, “He could make it big one day.” The character was flamboyant. The actor was sincere.

Classmates followed soon after. It is very rare to find a movie with a good storyline, picturization, songs and well-balanced acting. Everyone associated with the film did a great job, no one overdid anything. The characters blended well into the premise. No one stood out. Prithviraj placed one more feather in his cap.

I cannot recall many of his films after that, but I often felt that no new actor could portray the ‘Angry Young Man’ better than he. Comedy was not his forte, that belonged to his brother. It was perhaps a field he was yet to master. He could be forgiven.

Last year I happened to watch a song from the movie Anwar. Though it seemed to be popular at the time, I did not like it. Something about the snow, the romance, the smirk seemed too phoney. But I could not put my finger on the exact problem. It dawned on me much later – it was the Smirk that ruined it all. But I will come back to the Smirk later.

Then Urumi happened. Touted as the biggest hit of 2011, I did not hear many voices against it. When I posted my review of the film, a friend commented on Facebook that she had read somewhere, ‘the arrogance is intentional. The character is arrogant and unyielding.’ It seemed reasonable, but again, I was not satisfied with that argument. I have seen several arrogant characters – the good and the bad ones – played by other actors, in all kinds of cinema. I figured it out soon enough: The character was normal. The actor was arrogant. And it showed, through the skin of the man he portrayed on screen, drowning the character’s own shades.

I would give Prithviraj a score of 98% for his looks, which could be the highest I would give a person considering only looks. Others who score higher in my scale have an endearing quality to them, something about their nature or attitude that attracts people to them. As I said, I haven’t analysed any other actor as much as I do Prithviraj. I am not film-crazy. I may not remember who the director and producer are, or anything else related to a movie, except its name and the actors. For the very same reason, people who have watched most of his films may have a different opinion of him. Their analyses may bring out a totally different picture.

Now let me tell you about the Smirk. I have no idea when it began to appear. I only know I noticed it in the song from Anwar. I must have watched that song three or four times before deciding that I hated it.

The Smirk often reminded me of something or someone. It gave me a sense of déjà vu. That I have seen that smile before. I could not exactly recollect who or what, for a long time. Then one day, it came to me while I was watching an animated movie with my son, in one of his cartoon channels – Lord Krishna, Lord Shiva or Lord Vishnu, I forget who, was saving the world from chaos and asuras. Voilà – the smile on the Lord’s face after attaining victory, when all the people of the world bow to Him in gratitude – wasn’t it quite similar to the condescending smile on Prithviraj’s face? The animated Gods do not express fear, shock, anger. They always have a knowing smile. Prithviraj’s omnipresent Smirk seemed to have erased all other emotions from his reel life. Even his romance does not have softness anymore. He could no longer portray the different shades that make up a character. 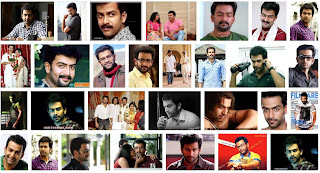 I should say that at one point I almost gave him up – I forgot the talent I had spotted in him long ago. I thought he never had any, and that his looks alone had rewarded him the youth icon status. Soon after Urumi, perhaps on the very next day, I happened to see Classmates again. The difference jumped out. Classmates was much before superstardom hit him. A few weeks ago, I watched Akale, another of his earlier films which did not provide scope for arrogance. He should watch his own old movies and learn a thing or two. He used to play the disturbed young man, convincing and precise, not a shade overdone. And without the Smirk.

There are other actors who started much before he did, and have not reached any closer to where Prithviraj is today. I see them making their presence felt through small roles in small movies, making mistakes, learning, taking small steps forward, falling, advancing. They may take a long time to reach where Prithviraj is, but they are persistent and diligent enough to attain those heights one day. When they do, they will have enough learning to stay there. Prithviraj seems to have got things too easy, and if he cannot hold on to them, he will have to risk losing them too soon.

Prithviraj has the skill to justify his presence at the top. He has the learning to hold on to it. He can be part of brilliant cinema, yes, he can indeed be a brilliant actor.
But only if he tries to go back to where he was before the Superstar title got to his head.
If not, he has to slide down till he hits rock bottom. Who knows what will happen if he does?