The Kutners and others who are forced into suicide

Home/As I see it, Movies/The Kutners and others who are forced into suicide
Previous Next

The Kutners and others who are forced into suicide 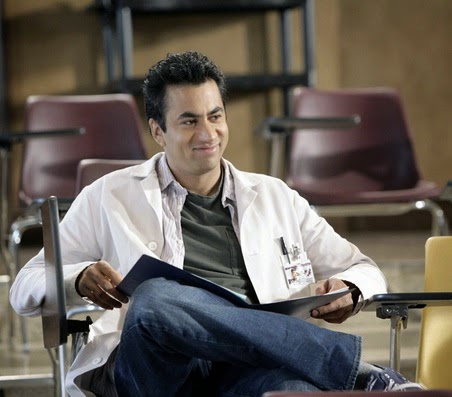 Though it happened over five years ago in the U.S, the news reached India only last week.

Kutner alias Kal Penn, despite being very popular, had to leave the show House M.D. and the character had to be terminated. This resulted in his inexplicable suicide.

There have been several instances of character terminations across history. Two decades ago, there was a show that caught the fancy of the TV viewing Malayali population. When it was time to end the show, if I remember right, the lead character was thrown off to the river and was presumed (or declared?) dead. No one actually predicted the kind of misery it plunged people into – one was reminded of Sherlock Holmes’ assumed death a century ago and his eventual resurrection. When the second season of that series had to begin thanks to popular demand (though they were not called ‘seasons’ at the time), the original actor could not rejoin and was replaced, with some explanation given to the ‘altered’ looks. (If I remember right, the explanation was plastic surgery. The new face was due to the surgery that was needed following the near-drowning-and-escaping incident, get it?) If the title character has to leave the show, what else can the creators do?

Kutner was a delightful doctor. His exit had to be phenomenal and shocking. He was jovial and optimistic and friendly and intelligent and pleasant that when he committed suicide, no one could explain why, even Dr.House, who was led to suspect foul play. The mysterious and sudden exit leaves an ache. No one would have minded (or believed) if he had just ‘quit and moved to another city.’ This way, Kutner became more special in death than when he was alive.

In another recent show, a popular character died in a plane crash. An entire episode was dedicated to commemorate his life and death that by the end of it, drowned in hot tears, we had forgotten that the man wasn’t real.

Unimportant characters sometimes have to endure uncharacteristic exits, as do people who are fired from the show. The more loved they are, the more sensational their exits must be. One man died trying to save a woman. Break-up-and-walk-away is a common exit reason. A woman was made to walk out on her on-screen perfect marriage citing flimsy reasons and was never seen again. Another man, at the altar for his wedding, walked out for no reason – all the while, we were expecting the bride to get cold feet and run away. Some characters get fired from work, which usually happens at the end of a season. (Sometimes, who got fired is not revealed until the next season begins.) Another person was shot dead in a major shooting incident at the climax of one season. Other minors have bid farewell to their shows thanks to road accidents or with the help of electrocution. There have been several unceremonious exits too, with the viewers as well as the actors themselves wondering why they were never seen again.

In another show this week, one of the lead characters was “offered a dream job overseas, which she accepted”. Yes, it was time for her to leave the show. She got three or four episodes of build up to the final exit.

Think of the creators’ predicament: the longer the show runs, the more variety of reasons they have to come up with for each inevitable exit.

Here’s to Kutner and all others who, through preferences of their own or otherwise, are forced to die in crashes or driven to suicide or fired or compelled to accept jobs overseas. Here’s to all of us who watch and endure the trauma as though it were happening to us.