The dogs in my neighbourhood become Nagavallis at night.

I know that statement requires some explanation, but if you are wondering who Nagavalli is, I suggest you quit reading and leave. 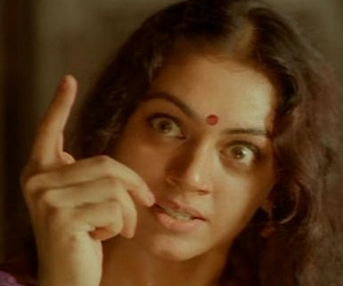 Yes, the dogs in question are strays – but on second thought, I am sure that part requires no explanation whatsoever. Every city and town, every village and mall, every residence and school has its own share of homeless canines yawning and curling up as they are wont to do. It’s a very Indian love-for-animals-and-let-them-live thing. The yawning and curling up must have something to do with their upbringing.

Without venturing into the reason behind these domestic wild animals running amok in our streets, I would just say that the dogs in the street before my house are purring kittens during the day time. Or eager ponies, if you like – given the way they trot around the area, looking important and dutiful.

I wonder what those expatriates living in those posh apartments yonder find in them – I see them stop their cars and beckon the doggies to them, some even call them by name, and I’ve seen one lady going to the nearest shop to buy biscuits so that she can place one by one in their hungry mouths. You should see how the tails wag all over the place, colliding against each other and against other cars that pass by. Some drivers stop at a safe distance to watch the show.

But come nightfall, a fearsome change comes over them. (Not the drivers, the dogs.) And what do you call a person who becomes another terrifying creature at night? Yeah. You know who. (Forgive me, Lord Voldemort, Nagavalli still lives.)

One night when we were returning home, we saw our friendly neighbourhood canine wag-the-tails lounging in the middle of the road, absolutely not wagging their tails. Granted, traffic was sparse at the time, but the middle of the well-lit street wasn’t exactly their living room, was it? There was no sign of yawning or curling either.

Our car approached them cautiously, but they didn’t budge. We took a slight detour around them. Two of them took offence at our action. They grunted their disapproval, as though they were issuing a warning. As we passed, they lunged at the car, almost scratching it. We raced out of the scene for dear life.

The next morning, I saw them again, trotting by our gate, calm and kind and loving, waiting for their biscuit delivery persons.

I am sure there is a very, very interesting story behind their curious transformation. Another Manichitrathaazh in the making…?