Home/As I see it, My Son/Angry Birds vs Angry Mother
Previous Next

I swear I didn’t know the importance Angry Birds held in earning a child’s respect… I would have thought being a great cook or a patient teacher or a brilliant story teller or an understanding friend would have been some of the key roles that would elevate a Mother to the pedestal, but Angry Birds? I can see Experienced Mothers nod in understanding, some raising their eyebrows (“Your son is seven years old and you didn’t know it yet?”), some smirking in a been-there-done-that manner, and some shaking their heads in a What-has-this-world-come-to way. 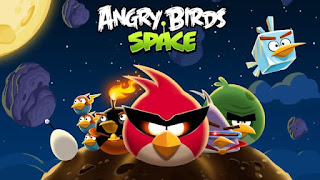 Apparently (how did I miss the obvious) the cooking, teaching, story telling and brilliance are taken for granted, no one even notices them.

The difference, as MegaMind had put it, is in the Presentation. The skill, if you have any, has to appear. From nothing. As if by Magic!

Many of my friends – real and virtual, moms and dads, non-moms and non-dads – have long been obsessed with Angry Birds. I would read their exploits on Facebook. Some of them are my kind of people, so I was sure that the moment I set my eyes on those Angry Birds, I would be addicted to them too. So I never did. I kept away.

With the uncanny knack and absolute absence of embarrassment that little children possess, my son attempted and learned and became an expert in Angry Birds, within no time. I still refused to look that way. He offered to teach me. I resisted. It wasn’t difficult to resist because when he said ‘I will teach you to play’ he only meant he will show me how it was played. He would not let me touch it for more than three seconds – barely enough to aim those birdies and then he would pull it from me saying either ‘you are not aiming it right’, or ‘here, let me show you’ or ‘My turn! I want to play! I want to play!’ I would drop it and storm away in an unMotherly show of anger.

Then one day, he was stuck on a certain level in the game. He tried and tried and tried, but could not pass that level. ‘Show me,’ I said, seeing his frustration. ‘But if you are going to pull it away from me like last time, I am going to be very furious’. An advance warning to pre-empt an unpleasant outcome. ‘Okay’, he said in a resigned tone.

So I began my Taming of the Angry Birds. Several futile attempts later – remember that I was already on a higher level, without having ever attempted the simpler levels – I gave up.
He tut-tutted, ‘Oh, you don’t know anything!’ and went back to his trial and error.
I just watched in silence. That was not the sort of rebuke a Mother would want to hear so early in her Motherly career. That’s the kind of dialog that comes in teenage, they say. Seven years? Too early.

When he abandoned it after a while and went away, I took it up. And started from level one. Aiming, firing, scoring. Slowly, impatiently. Shooting the darn birds all over the place. Even where there was nothing to shoot but empty space. ‘What are you doing?’ he asked.
‘I am learning to play Angry Birds’, I retorted. After all, the world wasn’t listening to me, only he was. I wasn’t ashamed of admitting it to him – not yet.
Finally, slowly and steadily, I reached the particular level that he could not cross.

He came and sat by me. I warned him not to take it from me, not to utter a word – because yes, mister, I am going to master this, once and for all. Perhaps his eyes did carry that incredulous, a trifle mocking, and sarcastic look. All those vanished when I set my scowl on him, though.

I played that level twenty-five times at least. Perhaps fifty. Pulling  the birds this way and that, aiming them, shooting them, applying Differential Calculus, Newton’s Laws and Murphy’s Laws, Probability theory and Permutations and Combinations to kill off those bubble weirdos in space. Some always remained alive, bouncing gleefully off to oblivion – and I would fail the level. He watched, without saying anything. I would Shshsh him if he dared to attempt the slightest sound.

Then I did it! Perhaps I was angry enough by then that I got all my furious birdies attacking with their beak and claw.
I crossed that level, the one he, the expert, could not. And he said, “Wow! How did you do that?” His eyes brimmed with the deepest admiration and respect possible for a seven year old. I did not waste the chance to lecture him on persistence, determination and hard work – all it takes to win at Angry Birds.

Yes, sir, Angry Birds is more than just a game, it is life itself, the sooner you realise it the better!